What: A to A-ish trail. Around 4 miles, 2 drink checks, doggable

On-After: TTT’s place…secret location will be revealed at circle muahahaha

It’s that time of year again! What time you ask?? It’s the time of the year to dress up in Fancy clothes, talk condescendingly to the plebeians, and sample the finest wine available (in a bag). It’s the F*cking Madison Wine Mixer!

Where: Madison Surf Club, north parking lot. Follow the pavement past the football field to the rear (unpaved) lot at the top of the small hill. Alternatively (or if they are enforcing parking passes at the Surf Club gate), park at Lowry Field 0 It’s just a 400ft saunter to the start.

On-After: BBQ on the beach at the Surf Club, for an additional $5. In case of inclement weather, the on-after will be at Cristy’s Madison.

If you don’t, Andate tutti a vaffanculo!

This amazing hash trash will start out as all shitty hash stories should….SO THERE WE WERE! NO SHIT!

A semi-decent mid-winter’s day, ready to become the rock stars we all know we are. A gaggle of around 20 gathered with, wait – more chicks than dudes?? Wow, that’s a first! Our hares Freddy Mercury and David Bowie, aka Tijuana Donkey Fluffer and Just Pete, promised a debaucherous trail that would rival Ozzy and Tommy Lee’s infamous exploits! Uh-huh.

For prelube Bowie/Pete concocted some burn your throat steaming hot cocktail for those brave enough, and the rest drank a mishmash of leftover beers. We noticed a dark Volvo with Maryland plates turning into the parking lot…could it be? Really? Yes! It was New Haven’s own Bambi’s Bitch back for a visit! No shit! Mathole, stand-in RA, started chalk talk, and boy, we must’ve really been running behind because Binocucock saunters up and actually catches it all! We blow off the hares and give them 9.69 minutes, then we’re off.

An immediate T/E split awards the eagles with mustaches to make Mr. Mercury jealous, and then the group quickly reconvenes, straight on to a virgin check. Thanks to Placenta something or other from Charleston for mentoring his virgin. Not. We had to wait for that neon clad boy to make his way back, h3@d hung in shame, so we could point him in the direction of true trail. Into the woods for BC1…Franzia bag-o-wine. Yum. Toward the body of the Sleeping Giant we go, straight to a KOTH. Reward, but no punishment. Come on! Hashing is all about punishment! The pack voted to wait for all 3 DFLs instead of leaving them behind for some reason. What’s with all the chivalry on trail?!?

Across some slippery ass leaves, through some snow and mud, BC2…BQ25. Great job hares, took 19 of us 5 minutes to find your dumb bag-o-beer. Thanks Marty. Binoc’s esoteric knowledge of, well everything, let us know we were at some quarry place, and yes, sitting on poison ivy. Bambi’s Bitch found a Mexican stripper’s sequin…in his Modelo beer. WTF? (I’m sure he kept it for something or other).

Now, we were told we would get wet on this trail, much to the delight of the harriettes who showed up…but this is NOT what we expected. Knee deep 12° water, replete with floating ice blocks. Who’s knees? Not Flick’s, and not Teacher’s! Frostbite all around! And chivalry too, thanks Marty and…someone else, who knows? We run into an awesome super nova, then straignt onto Quinnipiac University’s campus. Kudoos (maybe?) to Jolly Green Cowboy for planting himself at the dick check for 15 minutes to spare the others who would’ve claimed that “They were in the pool!!!” I’m sure all the visiting parents appreciated it as well. Song check where we almost left the trio of DFLs again, to a Rock Star pop-rocks check. Let it be known that Binoc wishes they had KY flavored ones too. Ummm…. 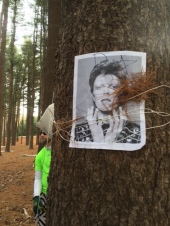 Stick with me here, I’m almost done! Do a shot or something.

Into the home stretch, Gene Simmons, aka Master Hater, bit the bullet and pulled a Cowboy for the duration with her ample bosom out for all our voyeuristic pleasure…BQ3 was some hideous concoction of vodka, Southern Comfort and grapefruit soda. Yup, hardcore rock stars here. With all the booze consumed, TTT convinced some minions 😉 to just zen back to on-in. PAHB! A small but determined group soldiered on, making friends with a decaying pumpkin which Placenta got his cranium up close and personal with. Grossssssss!!

Circle time: FRB Tweedle Dumb. DFL Not Teacher! Blood on trail Placenta. Pointing Teacher. Placenta looked like he was too sober so kept getting called in for all sorts of bull that we made up. Cops: Cowboy. Yeah, he decided his nether regions were too stuffy in his neon shorts, so decided to go without for circle. The Hamden PD were not impressed. “Disgusting” was the word they used I believe!!!! On-after, pizza and beer, and our hare Bowie/Pete, was named forevermore, That’s Pee in the Corner. And yes, he must sing it.

See you all then wankers! 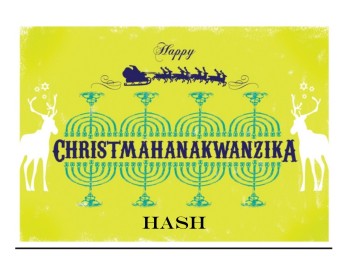 Where: Eisenhower Park, Milford CT. The entrance is by the tennis courts and the flashing yellow light. Pull in, drive straight down into the back parking lot.

Trail Report: Light NH4 style shiggy. Shiggy socks are always helpful. you may or may not get wet feet.

Dress up, you know you want to! 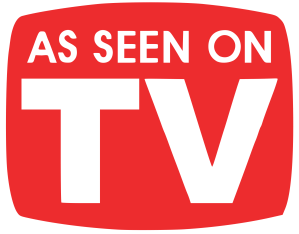 Who doesn’t love gadgets? You know you do….. And who hasn’t seen a gadget on an infomercial that seemed awesome??

But…maybe you didn’t have the werewithall (or the guts) to call and order that Paintstick or 1-Second Slicer at the time. Well, now you can live out your gadget fantasies! (at least the PG ones…)

When: SUNDAY, November 22nd….note day change. This is not a Saturday people. At 1:00pee-em.

Where: Linden Park, Naugatuck. Take Route 8 North to Exit 27, take a left off the ramp, and you’re there.

So dress as your favorite redneck, hick, trailer trash…the less class the better!! Some suggested trashy items include cutoffs, wife beaters, tramp stamps, overalls and anything else that makes you look like a cousin lovin’, goat humpin, meth dealin’ low life!

So travel down south the the County of Fairfield to the town of Bumble, I mean Trumbull!

TRAIL REPORT: Light to Medium NH4 style Shiggy. Shiggy socks are always helpful. You may or may not get wet feet.

Dress up! You know you want to! Don’t be a douche! See you there

This trail is in honor of Just Evan’s longtime hero and man crush, the Naked Cowboy. Dress accordingly…

Where: Peter’s Rock Park, North Haven. Use the entrance on Middletown Ave. (Rte 17), which is located behind the First Fuel Gas Station. There is a gravel parking lot and pavilion. You can put 133 Middletown Ave into your GPS if you’d like.,

Hares: Tap That Teacher and Just Evan for his Virgin Lay

Trail: A to B. Closing circle at point B. Shuttle service…otherwise known as TTT’s van, or a short walk back to point A.

Description/Shiggy Report: Little to no actual shiggy; however, this is an off-road trail (dirt paths with rocks/roots, etc), with some mountain goating and hills. Feel the burn people. Optional, no really, shallow water crossing.

I Know What You’re Doing This Saturday… 8/1 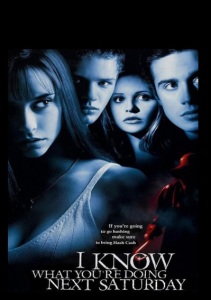 Note: There isn’t an actual address for your GPS, but if you put Tilcon Road, Branford CT in, you should be able to find us. Other roads that lead to Tilcon Road are Pine Orchard Road.

Update: NOT NORTH BRANFORD!! This is a small road near the Pine Orchard Golf Course and Yacht Club.